From now until Walnut Street: Phantom Rider is released on November 9, I will be sharing excerpts from two chapters every Thursday on my weekly News Blog (sherrilljoseph.com/news).

As a preview of coming attractions this fall, here are some tidbits from Chapters 1 and 2: 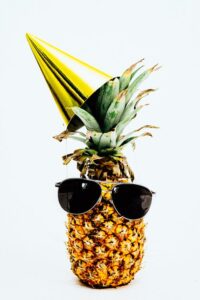 From Chapter 1, “A Mystery from Walnut Street”

Moki Kalani couldn’t stop thinking about three things that warm October afternoon in Southern California. First, his pineapple-coconut upside-down cake, which he had baked for the Mayfields’ potluck barbecue on Walnut Street, was a hit. The guests had gobbled up almost every crumb, and the empty dessert plate in his hand provided the final proof. Second, the four amateur detectives—the twins Lanny and Lexi Wyatt, Rani Kumar, and Moki himself—tended to learn of their next mystery case as a squad. This time, the thirteen-year-old Hawaiian boy had a heads up that required his pledge of secrecy. Third, the secret’s details could finally be revealed once the barbecue ended.

[Ben Mayfield] had convinced his parents to . . . hire [the four detectives] to solve an ongoing, annoying problem at the Mayfields’ horse ranch and youth saddle club about two hours east of town. Ben’s parents had confidence in their son and in Moki, so they had agreed to the plan. But now, Ben had his own private reason far beyond his parents’ motivation for wanting the detectives’ help. Last month, he alone had witnessed a terrifying spectacle at the ranch. He hadn’t shared it yet with his family—or with Moki.

From Chapter 2, “A Golden Mystery” 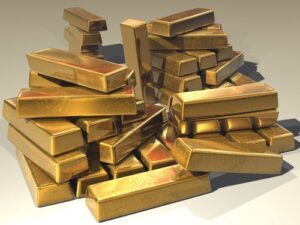 Ben and his father are about to share the ranch mystery details with the detectives. In the Mayfields’ study, the kids are looking at a photo of a tall, muscle-bound Black man in full cowboy dress wearing a large brass star on his vest. . . . He looked like a sheriff from the Old West. Ben explains who the man was:

“That’s my five-time great-grandfather, Aloysius Mayfield. He was a famous Black cowboy. In fact, he was an important Black deputy U.S. marshal for California in the 1860s—one of the first in our state. Deputy Marshal Mayfield. Friends just called him Papa, though.”. . .

“Ben, what are the chances Papa has something to do with the ranch mystery?” Lanny asked. Hope was evident on his face. Cowboys, ranches, and mysteries, all in one lump? Could they be that lucky?

“I strongly suspect so,” Mr. Mayfield answered instead, patting his corn-rowed hair. He was already seated in his overstuffed, brown leather easy chair. “You see, Papa was the original owner and builder of our ranch east of here in the mountains near the old historic town of Cody. He named it Gold Mine Acres Ranch.”

On tiptoe, [Ben] led all four kids up the back staircase to his room. Once there, he shut the door. Perspiration beaded his forehead. “There’s more. I’ve seen something—or, to be more exact, someone—at the ranch.”

“I call him the Phantom Rider.”

So, get a clue, Readers. Check for more excerpts on my blog every Thursday, or stay tuned for my end-of-month newsletters where I compile them for you. I hope you’re getting as excited as I am about the November 9 release! And please don’t forget to check my website events page on September 9 for the Cover Reveal for Walnut Street: Phantom Rider at sherrilljoseph.com/events.