Readers, we’re so close to the release of Walnut Street: Phantom Rider on November 9.

Our excerpts are almost at an end. I hope you’ve enjoyed them.

One more round to finish the book!

The detectives’ explorations in the mountains yield some interesting finds. They have just discovered a recently constructed building. 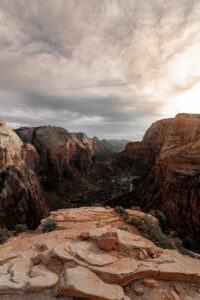 The kids stared at Rani’s discovery—a long, windowless shed hugging the hillside just beyond the mine. It wasn’t what they had expected at all. From the building’s appearance, it had been constructed recently and hurriedly. Clearly, someone had known where the mine was this whole time, but they’d kept that information to themselves.

Beyond the shed was a steep dirt trail that led from the mountain and wound down onto the desert floor far below. Lexi snapped her fingers. “Ben, this is the path the Phantom Rider and Lightning must have taken when you and I saw them heading for Rainbow Flats by moonlight Wednesday night.”

“I think this proves he’s in this gold mine caper,” Lanny said, “whatever and whoever else it involves, right up to his black ski mask.”

Lexi rolled her eyes at her brother. “I never doubted it, but I know. Evidence.”

“Lanny, I think you’re right,” Ben replied. He pointed at the ground around them. “Lots of small horse tracks here.” “But how exactly are Rainbow Flats, the Phantom Rider, and this camp tied together?” Rani asked with a frown. “That’s what we need to figure out.”

Lanny was inspecting the building’s door. “First, let’s see what this shed’s used for. . . . Darn. As I suspected, it’s locked.” He grunted as he tugged on the combination lock.

From Chapter 22, “At the End of the Rainbow”

From clues discovered on the mountain, the detectives determine that they need to return to Rainbow Flats for further exploration. They ride there immediately. 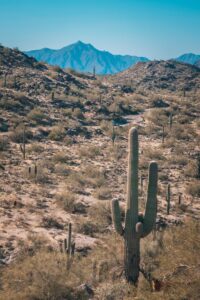 Dusk brought orange and purple shadows across the desert landscape as the group galloped on to the ghost town. The cacti looked like giant sentinels with arms raised, warning them to turn back. None of the determined riders knew what they would find once they arrived in Rainbow Flats but hoped the sheriff wouldn’t be too far behind. The moon hadn’t risen yet to light their way. Nonetheless, within an hour, they were once again approaching Main Street.

“It’s almost as if this place is becoming one of our old haunts,” Moki said.

“Ha. Very funny,” Lanny replied with a sideways glance at his friend.

Lexi pointed ahead and said softly, “Look. I see a truck.”

Ben said, “Yeah, it’s at the church. No people around, though.”