Here are two more excerpts from Walnut Street: Phantom Rider as we anticipated the book’s release on November 9, 2021.

I hope you enjoy these.

Everyone is ready to head to the campgrounds for the night’s sleepover. But Lionel forgot something and has permission from Mrs. Mayfield to hurry to the bunkhouse to retrieve it. 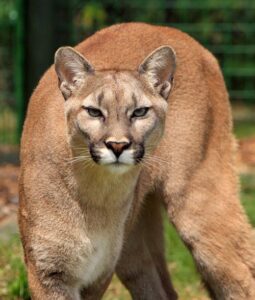 Lionel made it to the bunkhouse in record time. “Phew! It’s hot in here,” he said out loud once he was inside. The room was, indeed, warm and stuffy from the midafternoon desert heat that had settled in the sleeping quarters. Instead of flipping on the air conditioner for such a quick visit, he ran over and opened the back door. He stood on the threshold for a few seconds to let the cooler air rush over himself while gazing dreamily out into the gathering dusk.

Remembering his mission and its time limit, he turned and ran to the closet. There was his small suitcase on the floor. . . .

“Come on!” he shouted at the flaps. “Hey. Somebody must have locked my suitcase. Grr!” He had to figure out something fast to preserve his secret. One of the adults or kids might show up if he took too much longer.

Right at that second, however, a new problem loomed that would make his suitcase issue minor in comparison. A distinct panting sound caused Lion to look up immediately. “What the—?” he started to say as he quickly turned to see its source.

From Chapter 14, “By the Light of the Campfire”

After lots of fun and a scrumptious meal in front of the campfire, Uncle Rocky, Catherine, Lionel, and Gracie head to their tents to go to bed. The older kids stay up for some “teen time.”

The five teens sat in silence savoring the nighttime, each other’s company, and the dwindling glow of the campfire. The waxing gibbous moon had risen high over the desert. Quiet blanketed the land with only an occasional mournful call from a distant coyote or a wide-awake red-tailed hawk’s screech. Sleepiness was beginning to overtake them one by one.

Unexpectedly, Lanny jumped to his feet. “Ben, what’s that?” He pointed high up into the mountains that formed the northwestern edge of the Mayfields’ ranch property. Indeed, a dim glow seemed to be emanating from somewhere behind one of the outcroppings.

“Beats me,” Ben said. “There’s nothing up there except rocks and trees.”

“Maybe someone’s camping out up there,” Lexi said, now on her feet.

“Whoever it is, they’re trespassing on Mayfield property,” Moki replied.

Ben nodded. “I’ve got an idea. What if two of us ride Jet and see how close we can get to