From Chapter 15, “A Colorful Ghost Town” 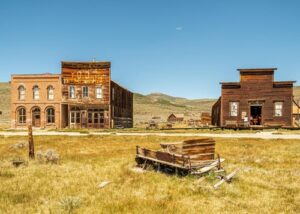 The promise of severe rainstorms prevented the six detectives from exploring the mountains where Lexi and Ben had seen the lights the night before from the campgrounds. Instead, they decided to check out the ghost town Rainbow Flats. As they approached the windswept, deserted town, they spied the livery barn and headed for it to get out of the imminent storm.

“Just in case we aren’t alone, [Lanny said], I think we should tie up our horses in that barn. No sense in tipping off someone who might be hiding here—if anyone really is— that we’re around.”

Everyone followed Lanny in single file. Lexi and Gracie slid off their horses first and tackled the job of opening one of the barn’s double doors. Surprisingly, it opened almost effortlessly. The six kids walked their horses inside. All were happy finally to be out of the wind although chilly drafts still stubbornly pushed through the decrepit, wooden slats, causing a faint whistling sound.

The group quickly surveyed the inside of what had been a livery stable and found a central work area with an ice-cold forge and anvil where a blacksmith had once pounded horseshoes and other ironware. . . . Ben and his horse were in front of the others, so they ambled to one of the back stalls. Just as the boy was leading Jet into one of them, both stopped abruptly. “Uh, guys. Come check this out.”

From Chapter 16, “The Phantom Rider’s Lair” 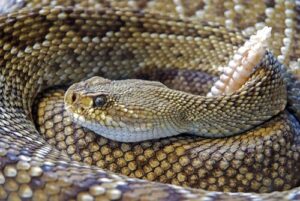 After stabling their horses, the detectives left the livery barn to explore the town.

The group made their way across Main Street. Lanny momentarily imagined that they had traveled back in time. He half expected a couple of disgruntled cowboys to come charging out of the saloon up ahead any second for a shootout in the middle of the street. The others, very much in the present, were glancing at windows to see if the Phantom was spying on them. As far as they could tell, they were alone.

In addition to the saloon, the row of buildings on the left once housed a barber shop, a dressmaker’s shop, the local dry goods store, and a hotel. Across the street were the former sheriff’s office, a telegraph office, a post office, and a bank. Farther up the street were the church and its cemetery, and the old schoolhouse. There were no students, teachers, preachers, or anyone else in sight now.

“Let’s check out the saloon first,” Lanny said. The others joined him as they stepped carefully over broken sections of the raised, wooden sidewalk.

Moki was the first to push open the high swinging saloon doors and step inside. Just as he did, he heard something shuffle, followed by a dreaded buzzing sound.

“Freeze, Moki!” Lanny said, grabbing the boy’s arm. He didn’t need to signal his friend a second time that a deadly danger was nearby.