As I mentioned in my April 14th blog, my research for Book 5, Jacaranda Street: Gravestone Image, has begun. It will be mystery spun from some aspect of American writer Edgar Allan Poe’s life but set in present day California. He is arguably best known for his poem “The Raven” (1845).

I hope you’ll agree that Poe was a fascinating person despite–or because of–suffering an early death (1809 – 1849). Here are three of thirteen facts*:

So, readers, get a clue. I will share other interesting facts about Poe in some of my upcoming Thursday blogs as we anticipate Book 5. I hope you’ll be inspired to read or reread some of the works of this very mysterious and, in the opinion of others and myself, misunderstood genius. 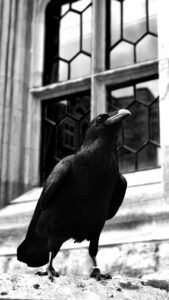