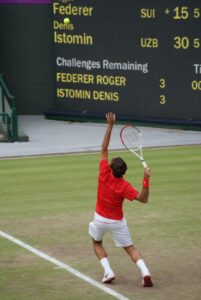 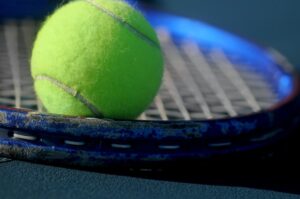 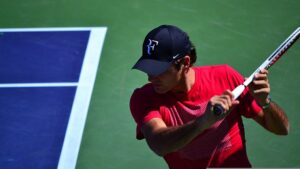 I am saddened by the news that my favorite tennis player Roger Federer is retiring from competitive tennis tomorrow, September 23, following his last match in the Laver Cup, which is happening in London this weekend.

Roger started his professional career in 1998 at the age of 17 and will leave as a 41-year-old role model for young and old alike. He’s won 103 ATP (Association of Tennis Professionals) singles titles, an Olympic gold medal in doubles, logged 11,000 career aces, achieved 1,251 singles match wins, and more.

He and tennis will remain a “love match” in my opinion–love here meaning a mutual compatibility between the man and his sport.

Even more than his balletic moves on any court, impossible shots that he made look easy, twenty major singles titles (Grand Slams–eight at Wimbledon alone), and phenomenal 310 weeks ( a record 237 consecutive weeks) as the World’s No. 1 tennis player, I was always mesmerized by Roger’s consistently great sportsmanship, kindness and positivity, and charitable giving that mostly benefited kids’ educations and living situations in Europe and Africa. For me, he was and will remain a class act first and an unequaled champion a very close second.

Last week when Roger announced on social media that he would be retiring–but not leaving tennis entirely, he said this about his fans: “The inspiring feeling of walking into full stadiums and arenas has been one of the huge thrills in my life. Without you, those successes would’ve felt lonely, rather than filled with joy and energy.”

Thank you, Roger Federer, for so many years of tennis elegance and your eloquence on behalf of the sport. It was an honor to behold your style and virtuosity. I will miss you. Personally, tennis won’t be the same without you.

Want to read more about Roger’s announcement in his own words in an NBC news story? Please click HERE.  And click HERE if you’d like to read other tennis greats’ glowing tributes to Roger.

So, get a clue, Readers. Tennis is the love of Roger’s life. He says he’ll never leave it. We will see him play again, but on his own terms. Perhaps like me, you will be watching for those magical golden opportunities.