These chapter excerpts continue our march toward the November 9th release of Walnut Street: Phantom Rider. I hope you’re enjoying them!

The next morning, after a rough start but a delicious breakfast, the saddle club kids left for the horse arena. The six detectives were about to begin another day’s investigating when the house phone rang. Cody’s veterinarian, Dr. Jameson, was on the line. 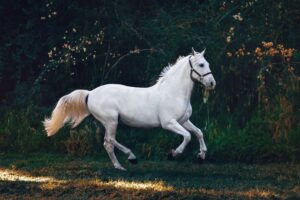 The six detectives turned to leave as well, but the landline phone in the living room rang. Ben picked it up. It was Dr. Jameson. They spoke all too briefly. Lanny immediately sensed the veterinarian had not found out anything that would help them identify the horse and rider.

Ben confirmed the bad news. “She said Lightning doesn’t appear to have been registered, and the local farrier hasn’t worked on a white Arabian stallion for many years.”

“Well, at least we now know we’ll have to keep investigating about that,” Lexi said with a shrug. She pushed past the others and out the front door while positioning her large straw western hat on her head.

From Chapter 12, “Gold Mine Search”

The six detectives are on the northern rim of the mountains overlooking Gold Mine Acres Ranch. They had split off into two teams—the girls in one, and the boys in another—to search for Papa’s gold mine. 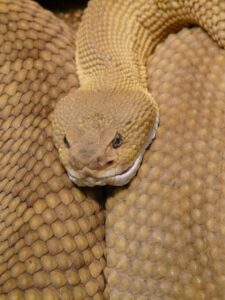 After the boys had traveled a ways, Ben said, “Hey, guys, come check this out.” He had slid off Jet and slowly walked a short distance toward some brush. Lanny jumped off Sam, hoping Ben had found the entrance to Papa’s gold mine or at least some gold-bearing ore. No such luck.

“I think it’s a rattlesnake den in an old rabbit warren,” Ben said. “Yup, here are some rattlesnake droppings at the entrance. Rattlesnakes like to keep their dens clean, so they push the waste out.”

Moki stayed on his mount. “Oh, great. First a snake den with possible fangs of death. Then snake poop. Count me out. Ben, maybe you can find a new friend—like Lanny!—who can get behind your weird reptilian interests.” He shuddered knowing snakes were nearby. The three boys exchanged grins.

Lanny was, indeed, interested and spent a moment looking. “Cool, Ben, but time’s flying. We need to get back to searching for the mine.”

Ben agreed and remounted Jet. Moki was happy to put some distance between himself and the den of doom.

Meanwhile, the girls’ team had focused on the rocks and trees defining the hillside. . . .