Up Your Tea Total!

If you’re like me, you probably enjoy settling down with a good book and a hot cup of tea.

So, when I ran across this eye-opening article yesterday entitled “Nine Reasons Why You Should Stop Throwing Away Used Tea Bags,” I just had to share it. (By Mary Tomlinson, June 6, 2022, at myrecipes.com)

There are some amazing uses for those soggy bags many of us just throw into the garbage can.

You can check out the nine ideas in this helpful article by clicking HERE.

So, get a clue, tea-drinking readers! Enjoy the tea-bag housekeeping, cooking, and beauty hacks and help the environment at the same time after you’ve read that book! 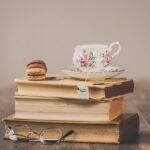 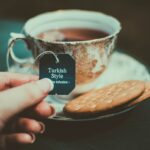 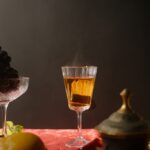 Kids, in case that’s a new word for you, please allow me to become Lanny the Lexicon for a moment and define it for you: Altruism (noun) means being generous; volunteering; helping others–one or more people, animals, or organizations–without expecting anything in return. Altruism is a good deed you can do. But did you know that, sometimes, being altruistic could put you at risk or become very costly. This is called “heroic altruism.” Still, some decide to help others out of concern, not expecting any reward for themselves. MANY forms of altruism are safe and can make a big difference for others.

According to greatergood.berkeley.edu, studies show that people’s first impulse is to help. Evolutionary scientists speculate that altruism is deeply rooted in human nature because cooperation promotes survival. Charles Darwin called altruism “sympathy” and “benevolence” and “an essential part of the social instincts.” His claim is supported by current neurological studies that show when people are altruistic, “their brains activate in regions that signal pleasure and reward, similar to when they eat chocolate.”

So, get a clue, Kids and Readers. Even if you aren’t seeking a reward when acting altruistically, your brain responds as if you did! I hope you will find safe ways to be altruistic. That’s how to make the good you do become even greater and satisfying.

And if you’d like to read more about why some people risk their lives to help others, please click HERE.

For an in-depth overview of where generosity comes from, what its benefits are, and how to cultivate it, please click HERE. 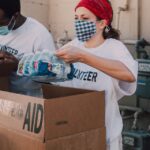 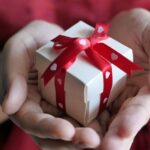 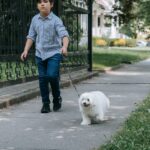 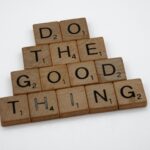 What are Your Summer Aspirations? 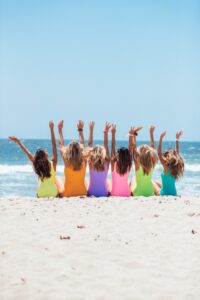 Like me, you’re probably already thinking about some fun summer plans. I hope you have vacation or down time coming to realize your dreams.

Teachers and students, of course, look forward to their wonderful summer breaks to rest, recharge, and recreate. Summer is different now that I’m retired from teaching. Since I write, that doesn’t stop just because it’s summer, which is all right with me: creativity knows no clock or calendar! Despite that, I still retain the right to make summer plans!

This summer, I plan to continue bringing my Book 4, Saffron Street: Island Danger, to you, my readers for a timely release in October. And yes, I have some non-writing-related aspirations, too. I hope to travel to the East Coast to visit my daughter, son-in-law, and two grandchildren, whom I haven’t seen since last August. (We are anxiously awaiting my baby grandson’s COVID vaccinations prior to my visit!). 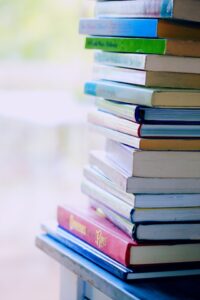 I also want to take advantage of the warmer weather and get outdoors for more walks in the park and at the beach, get to some fun barbecues, and sightsee in my own city. Sorting through decades of recipes and photos to make books, and whittling away at my TBR stack are always on my list, regardless of the season.

So, get a clue, Kids and Readers. What do you aspire to do this summer? Drop me a line and let me know HERE. I hope whatever you do, you have lots of fun! 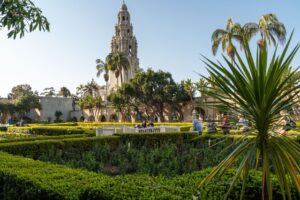 Years that have 365 days and begin on a Saturday will have only one Friday the 13th. 2022 meets those criteria. Our next Friday the 13th won’t happen until January 2023.

What’s the big deal about Friday the 13th for some people and cultures, anyway?

According to history.com, “Friday the 13th has long been a harbinger of bad luck.” The psychological names that describe fear of this unlucky day are “triskaidekaphobia” and “friggatriskaidekaphobia”! 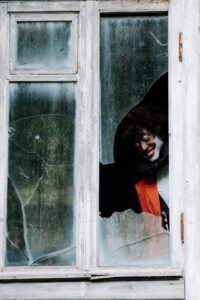 Such fear is one of many superstitions. In some Western cultures, the number 12 has historically been associated with completeness (like twelve months in the year; the twelve labors of Hercules; the twelve tribes of Israel; etc.), so number 13 is odd and, therefore, imbued with negative associations.

And why Friday? According to Biblical tradition, Jesus Christ’s crucifixion was on a Friday. The Last Supper was held the day before. There were thirteen people (Jesus plus the twelve apostles) around the table. (Since then, thirteen people around a table has been considered bad luck.) Also, Friday was said to be the day when Eve gave Adam the forbidden fruit.

In the late nineteenth century, a New Yorker named Captain William Fowler, trying to erase the stigma of Friday the 13th, founded The Thirteen Club. Its members dined on a thirteen-course dinner on the thirteenth day of each month in Room 13 of the Knickerbocker Cottage. U.S. presidents Arthur, Cleveland, Harrison, and Teddy Roosevelt joined the club at one time or another. 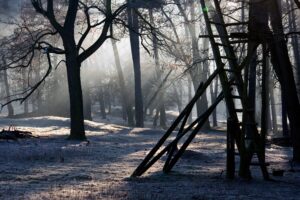 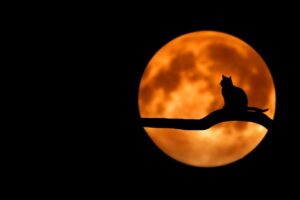 History.com reports some traumatic events that occurred on Friday the 13th: The German bombing of Buckingham Palace (September 1940); a cyclone that killed over 300,000 people in Bangladesh (November 1970); the disappearance of a Chilean Air Force plane in the Andes (October 1972); the death of rapper Tupac Shakur (September 1996); and, the crash of the Costa Concordia cruise ship off the coast of Italy, which killed thirty people (January 2012).

So, get a clue, Readers. Are you superstitious? Do you fear Friday the 13th? Watch out when walking under ladders, and don’t let a black cat cross your path!

I plan to spin a mystery around some aspect of Poe’s life, but the story will be set in present day California.

What I have discovered to date is that Poe used his writing to experiment on the borderline of conscious and unconscious; fearing death, he sought death within life to escape his social and economic problems, hence, the Gothic poetry and short stories.

4.  Poe was likely named after a Shakespearean Character–  Poe’s parents were both actors, who were performing in Shakespeare’s King Lear in 1809, the year Poe was born in Boston. This led to speculation that Poe was named for the play’s Earl of Gloucester’s son, Edgar.

5.  Poetry and the Pen Ran in the Poe Family–  Poe was the middle child of three. His brother, William Henry Poe, was also a poet; his sister Rosalie Poe was a teacher of penmanship.

6.  He Was an Orphan–  By the time Poe was three years old, both his parents had died. He was  taken in by a wealthy merchant named John Allan and his wife, Frances, who lived in Richmond, Virginia. They christened the boy Edgar Allan Poe. 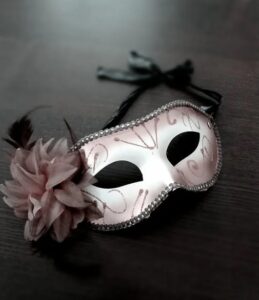 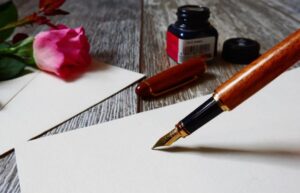 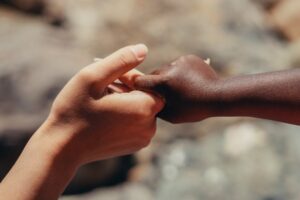 So, get a clue, Readers. I will continue to share other interesting facts about Poe in upcoming Thursday blogs as we anticipate Book 5. I hope you’ll be inspired to read or reread some of the works of this very mysterious and, in the opinion of others and myself, misunderstood genius. Poe isn’t just for Halloween!

Those of you who have ever lost a beloved pet will likely understand my blog today.

As I grieve my precious dog Jimmy Lambchop’s passing on March 23, I am even more appreciative of the kindness of friends at this time.

Recently in the mail arrived a wonderful gift and card from my childhood friend Lorie, who dog-sat for me on many occasions over the six years I had my boy. It is a loving memento with Lorie’s photos on both sides of each of the six paper hearts on a yarn string, which I’m displaying on my bookcase. 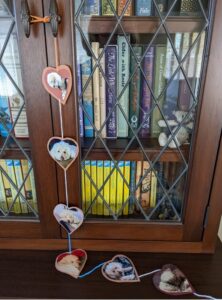 In the card, Lorie said, “These hearts are your reminder of all the love you received from Jimmy.”

I can’t thank Lorie enough for her time and talent in making this beautiful, sweet gift that I will cherish always.

So, get a clue, Readers. Please give your pets extra love daily. Enjoy every moment you have with them. 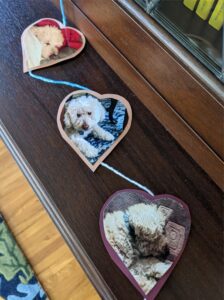 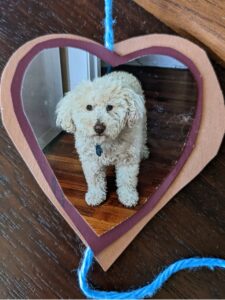